Everyone knows that sharks live in the water, but what else do you really know about sharks and their habitats? 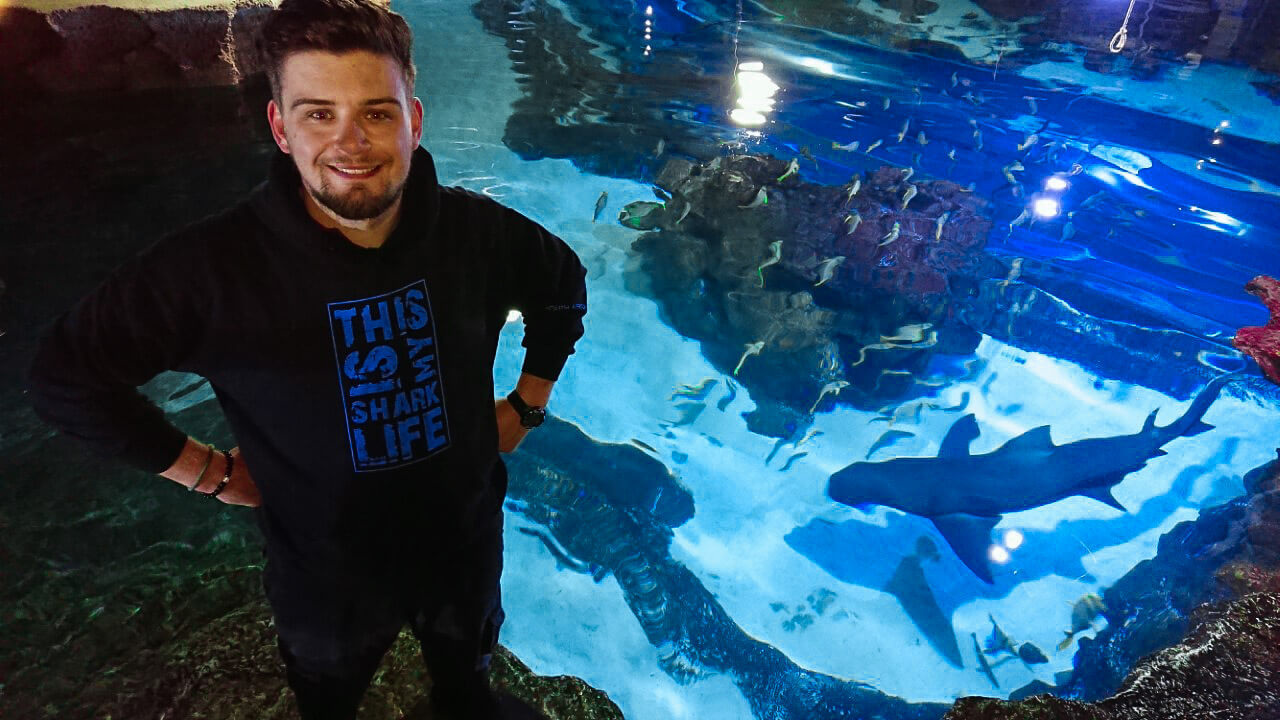 In fact, did you know that sharks can be found in all five of the Earth’s oceans, as well as freshwater lakes and some rivers? If you find that shocking, then you’re in for a surprise as we talk you through all the places in the world where you can find sharks.

They’re everywhere… Or are they?

While it’s true that you can occasionally spot them in locations where you wouldn’t normally find them – sharks don’t roam all areas of the ocean as some of you fear. In fact, even though sharks live in every ocean in the world, research has shown that up to 70% of oceans are free of sharks.

They move around, too

That’s right; sharks migrate to find new sources of food and they can travel up to hundreds of miles to feed. Not to mention that they have the ability to switch up their living conditions quickly in order to find food.
Most species of sharks live in the oceans (as you’ll learn more later), but some of them are known to dwell in bodies of freshwater. Sometimes, sharks reach freshwater bodies as a result of the destruction of their habitats by human activities: pollution and bycatch have provoked sharks to look for food in places that are not their natural habitats.

Unlike many other animals, sharks aren’t territorial by nature: they frequently change their habitats. Like other fish, female sharks don’t stay to take care of their eggs or newborns. Young sharks are born ready to take care of themselves from the very moment they’re born. Because they’re so skilled at adapting to new situations and changing environments, sharks have succeeded for 420-450 million years in our oceans.
The habitat of a shark depends on the species. They may be cold-blooded – which usually implies that they would prefer areas where the temperatures are very low – but some sharks living in warm, temperate, and cold waters…

So, where do sharks live?

Sharks are classified by the surface temperature of the water which they inhabit. The three major classifications are…

As you may be able to tell by now, different species of sharks will be found in different habitats. Here we have a list of a few examples of habitats around the world where you’re likely to find sharks:

Over 300 million cubic miles of the ocean are classified as the “pelagic zone”, and sharks that live in this area have adapted to become swift swimmers in order to catch prey. The shortfin mako shark, in particular, is an especially fast-moving species that thrives in the open ocean, that has been observed reaching a swimming speed of 50 miles per hour.

The ocean has an average depth of 2.5 miles, and the deepest parts of the sea are rich with unusual-looking creatures, including the goblin shark.

Angel sharks, great hammerhead sharks, and saw sharks thrive in the sandy plains, sniffing out prey like small fish and crustaceans even when they’re buried in the mud or sand.

You may not think of a rough, rocky coast as the most hospitable environment for sharks, but a diverse variety of species live beneath the surface, which means a steady food supply – which is why spiny dogfish sharks, white sharks, and scalloped hammerhead sharks are attracted to these regions.

These bodies of water are found in locations where rivers meet oceans. A variety of sharks can be found in this brackish mix of saltwater and freshwater, including sandbar sharks and lemon sharks.

As we mentioned earlier, most people don’t think of sharks as freshwater-dwelling creatures, but they do exist in some lakes and rivers. Bull sharks are the most common species of shark found in freshwater, they only travel to a saltwater environment when they need to reproduce. Other than that, several shark species have been observed living full-time in the freshwater rivers of Australia and Southeast Asia.

Where else can you see sharks?

How about Blue Planet Aquarium? Yes, we’re home to one of the largest collections of sharks in Europe – and you can dive in our shark tank too!
Come and see our sharks!