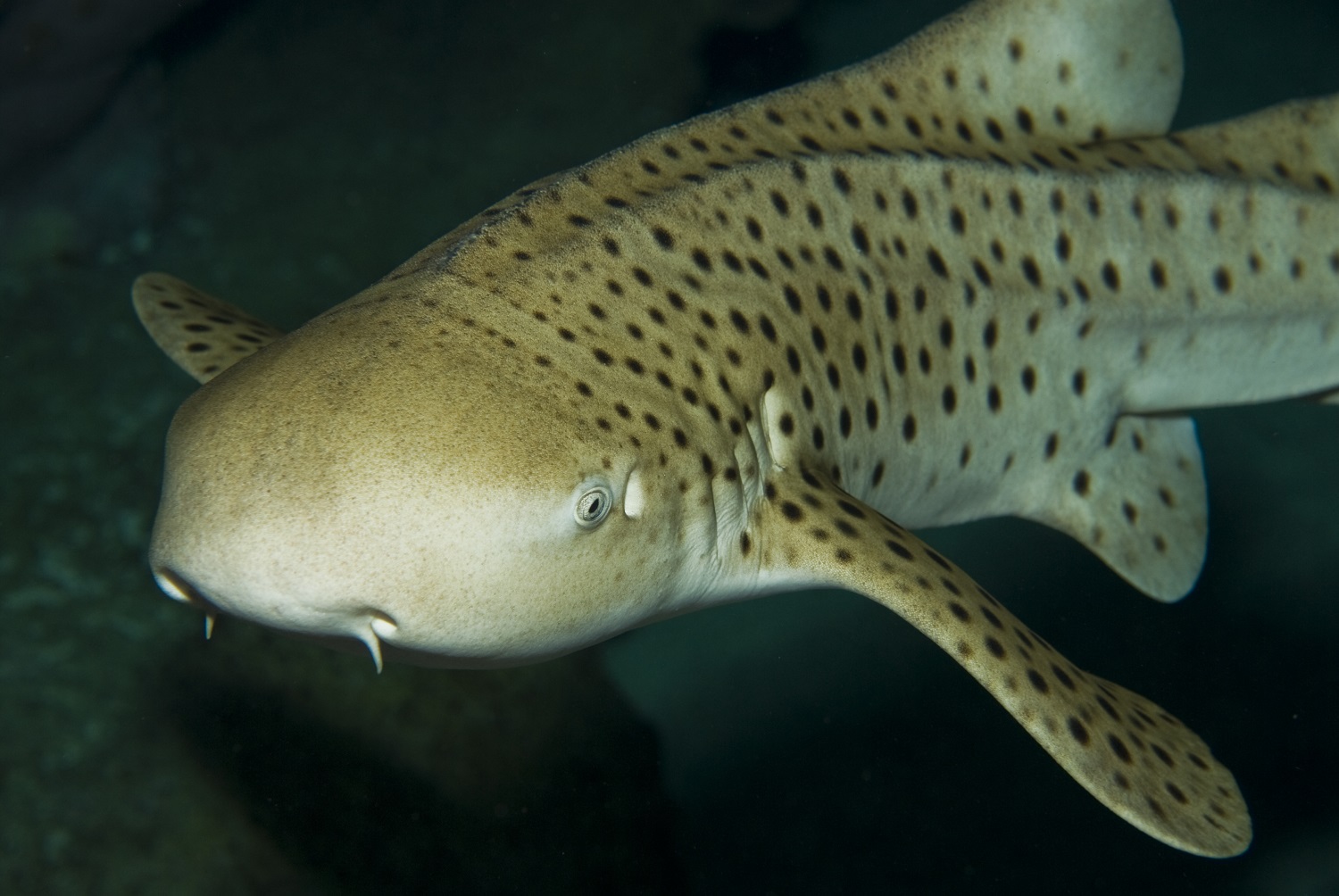 Zebra Shark (Stegostoma fasciatum)They are a species of the carpet shark family that live in the sub tropical, Indo-Pacific waters.

Zebra Shark grow to around 2.5metres and are distinctively coloured, with young sharks displaying light vertical stripes on dark skin, but once they mature the skin lightens in colour, the stripes fade and dark spots appear. When they mature they also develop five distinct ridges across the top of their bodies.

DID YOU KNOW: The Zebra Shark, proportionally to its body has the longest tail of any shark!

They are bottom dwellers, resting on the ocean floor during the day and hunting at night. They prey on small fish, molluscs, crustaceans and sometimes sea snakes. Their slender, flexible bodies help them hunt in small crevices for a tasty snack!

They are generally solitary however they seasonally form social groups for breeding. The zebra shark is oviparous, the female gives birth to fertilised eggs which safely latch onto underwater objects using its tendrils until the shark is fully developed and can nibble its way out of the egg case.

They are classed as Endangered on the IUCN Red List due to fisheries capturing them for food, oils and for their fins. They are abundant in the areas they are fished, but their numbers must be monitored to ensure they are not over fished.