Are you ready to be transported to the flooded rivers of the Amazon rainforest?

Escape cooler climates and find yourself in one of the hottest and wettest environments in the world: The Amazon rainforest.

Immerse yourself in the sounds of the rainforest, our tropical flooded river exhibit mimics the humid environment found in the Amazon. You’ll come face to fin with Giant Pacu, Arowanas and the often misunderstood Piranha!

The estuary of the Amazon is a mighty 325km wide, which is almost the width of England! The forest receives an average of 3cm of rain each day, and the mighty waterway contains 20% of the world’s freshwater, so it’s vital to protect it.

The Amazon is hot all year, with just two seasons, wet and dry. During the dry season water levels can vary dramatically and oxygen often runs short. Many species such as Catfish and Electric Eels have adapted to survive in this harsh climate by taking air directly from the water’s surface.

Did you know only 4 out of around 80 species of piranhas are actually dangerous to humans? Despite their ferocious reputation, piranha attacks are rarely fatal.

One of the most fascinating fish in our Flooded Forest exhibit is the Black Pacu, the largest member of the Characin family. Although related to Piranhas, the diet of Pacus includes plant material, and they can crack open brazil nuts with their teeth! 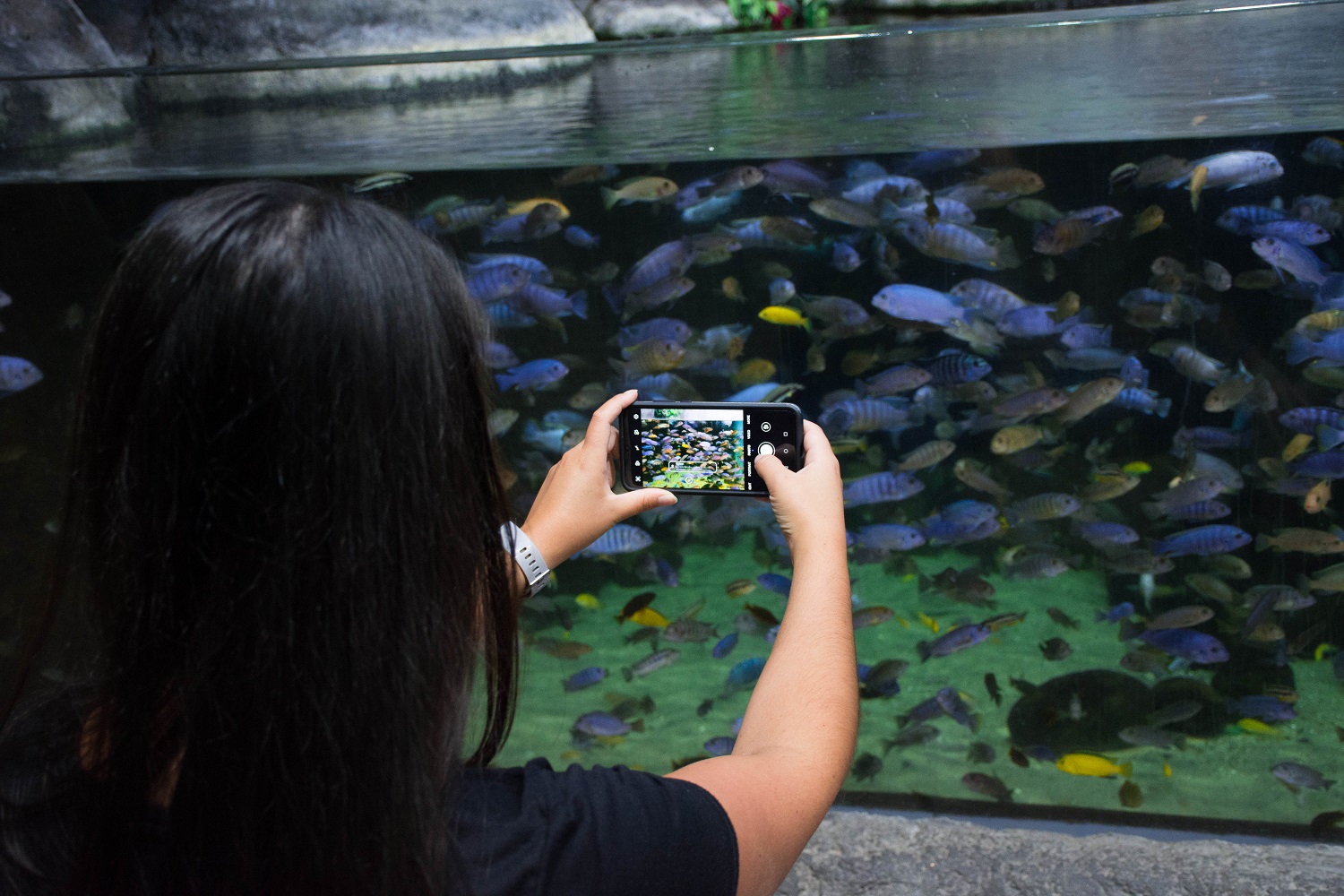 Check out our colourful array of Cichlids!