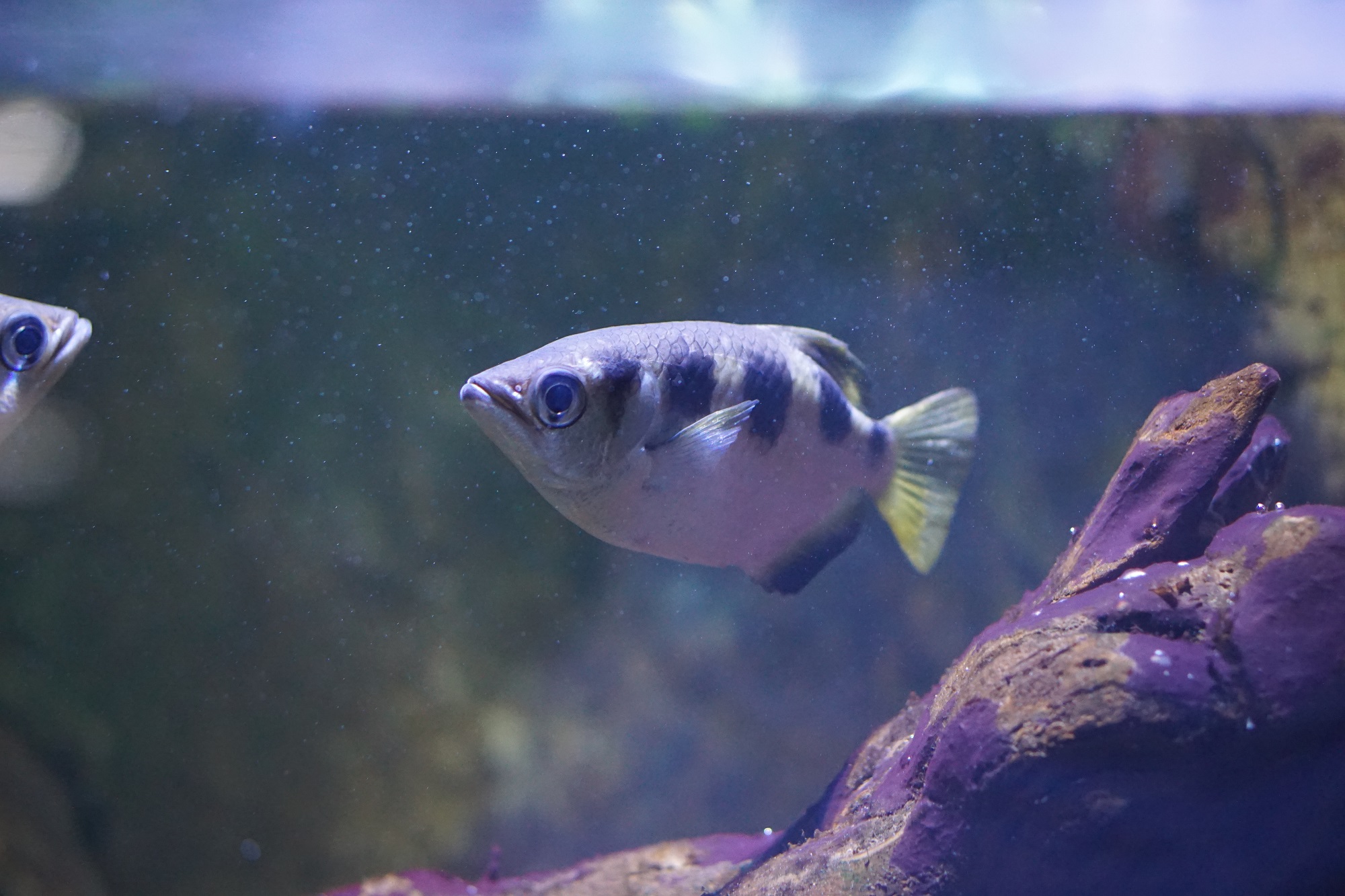 Archer fish (Toxotes jaculator) have become a popular aquarium fish due to the unique way that they capture their prey. Unlike other fish which find or hunt for food in the water, the Archer fish hunt prey above the water!

Exactly how they do this has been a mystery for a long time, and it’s only in recent years that we have fully understood the Archer fish’s secrets. They use their excellent eye sight and a mouth which can shoot jets of water! These ‘water pistol-like jets’ can be used to target insects on branches and leaves above the water, knocking them off the branches and into the water, where the Archer fish can quickly scoop them up!

Compared to most fish, Archer fish have excellent vision, which allows them to focus on prey, such as an insect, above the water.

They will move to the surface of the water, near or underneath their prey, and use their eyes to judge the distance between them and their food. Incredibly, they are even able to take into account the refraction of light against the water when they aim! They then use a special grove in their mouths to aim a powerful water jet above the water to any unsuspecting prey. Archer fish have been seen to be able to hit targets at up to 1.5 meters away with incredible accuracy. If the first attempt were to miss the target, archer fish can shoot up to seven jets just from a single mouthful of water. Failing that, they are even able to jump out of the water and use its body to knock the prey into the water. It is no wonder how the archer fish got its name, carefully aiming and shooting down their prey with a stream of water.

In the wild Archer fish can be found in a wide range, from East Africa, Asia and Australia. Their preferred habitat is mangrove forests in brackish water, which is the combination of both salt water and freshwater.

Mangrove forests are sadly under threat by humans. Huge areas of mangrove forest are destroyed every year to make space for fish farms, shrimp farms, housing and hotel developments. Many of the animals living in these forests can only survive in such places and could become extinct if too much more of their habitat is destroyed.