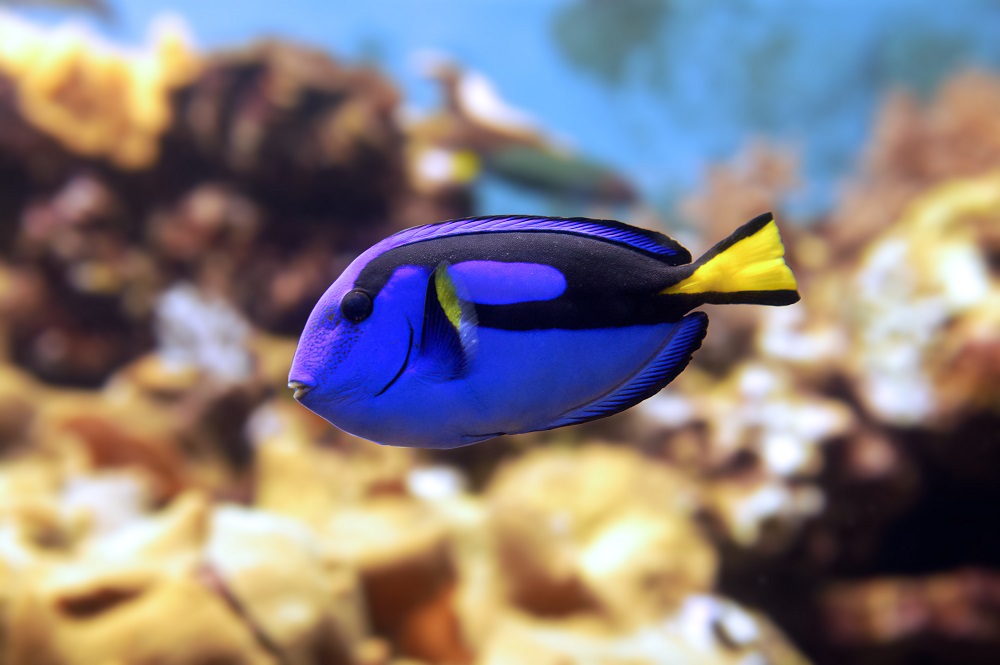 Regal Tangs (Paracanthurus hepatus) are a well recognised and much loved tropical fish, thanks to Disney Pixar’s Finding Nemo (2003) and Finding Dory (2016). Many were concerned of the increased demand for Regal Tangs for home aquaria as they are quite difficult to keep in home aquaria and are not suited to this environment.

Regal Tangs are a type of surgeonfish, who all have sharp spines that run along the edge of their fins, they can whip their sharp caudal fins (tail fins) at predators to help protect them. The caudal fin often also contains toxins that can cause severe pain.

DID YOU KNOW: Regal Tangs often play dead when predators pass by!

Regal Tangs are found all over the Indo-Pacific. They are classed as Least Concern on the IUCN Red List (International Union for Conservation of Nature). They live in small groups amongst coral reefs, cauliflower coral is their favourite hiding place! These fish are very important to the ecosystem of the coral reef, eating algae that would otherwise suffocate the coral.

Regal Tangs live up to around 30years in the wild. From around 12months males will aggressively court females, resulting in them releasing their sperm and eggs into the waters creating a ‘cloud’ of fertilised eggs, tens of thousands at a time. The eggs have a tiny droplet of oil in them to help them float away, and the parents will swim off. The fertilised eggs will hatch after 24hours into larvae, who then spend the next 9-12months eating plankton and maturing amongst the corals.

DID YOU KNOW: Males are often aggressive towards one another, with the more dominant male gaining larger breeding areas. They use their sharp caudal fins to have ‘sword fights’ with one another.