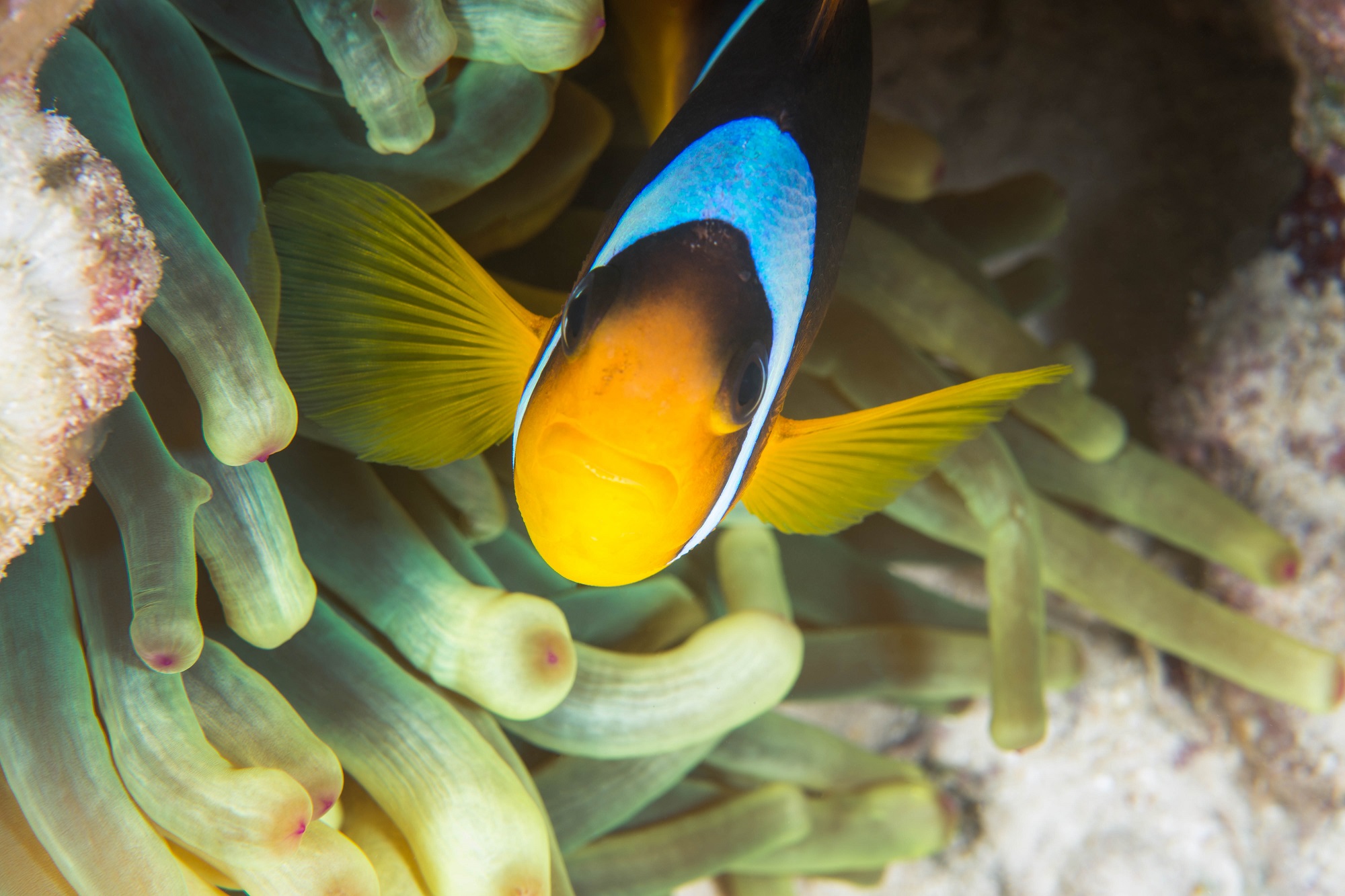 Clownfish or anemonefish (Amphiprioninae) are extremely popular, having been made famous from Disney Pixar’s Finding Nemo (2003) and Finding Dory (2016). They were already one of the most popular species found in home aquaria but demand rocketed following the release of the first film.

There are actually around 30 different species of clownfish, and Amphiprioninae is the family name for this group of species. They are known for their bright orange and white striped body (hence the name ‘clown’) however, they are also found in black and white, while others are dark orange with few or no stripes. Their colours depend on where they live. Clownfish are tropical fish, preferring the warm waters in the Indian Ocean, the Red Sea, and the western Pacific. They typically live at the bottom of shallows and in coral reefs.

Clownfish are omnivores, eating zooplankton and algae, worms and small crustaceans. They are known for two interesting features, one being their hierarchical sex change and the second being their incredible relationship with anemones.

The one and only female will lay hundreds, if not thousands of eggs and the dominant male will protect them until the hatch 6-10 days later.

Indian Ocean, the Red Sea, and the western Pacific