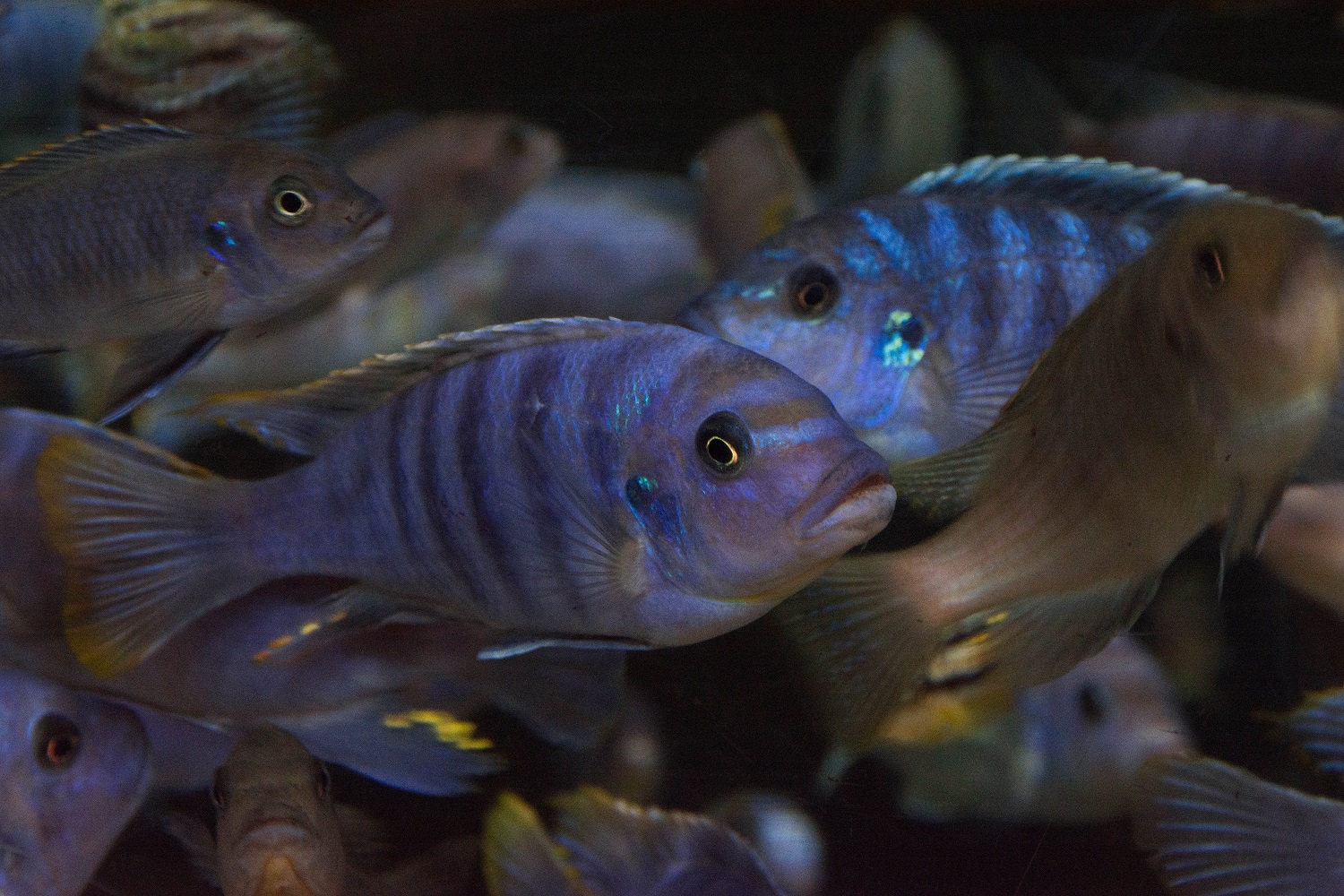 Cichlids (pronounced ‘sick-lids’) are a large group of freshwater fish with over 1500 species in the family Cichlidae. In fact, there are so many cichlids that they count for more than 5% of all of the species of vertebrates (animals that have a backbone).

Cichlids are secondary freshwater fish, meaning that they derived from seawater and then populated freshwater over time. This gives a great advantage over other species whose ancestors never went back to the sea as they have a greater tolerance for salt.

Cichlids can be found all over the world, but the majority of species are found in Africa and South America. Lake Malawi, in southern Africa is especially good for Cichlids. It is the ninth largest lake in the world, and here the cichlids have thrived, diverging into over 800 different species! That means there are more species of Cichlids in Lake Malawi then there are species of fish in all the freshwater bodies of Europe combined! We don’t know for sure how many species of cichlid there are in Lake Malawi as many still have not been officially described or documented.

Cichlids have evolved to fill every niche in Lake Malawi, some becoming very specialised. The main reason for the variety of species that can be found in the lake today is the female cichlids. These females are very choosy when it comes to picking a mate, some seeking out specific colours or patterns on their partner. Over time this has led to the huge variety that we can see in the lake today. As there are so many fish and species in Lake Malawi, they have adapted specialised behaviours to survive, and distinct colour variations to allow them to recognise their own species.

When it comes to reproduction, all but one species of Malawi cichlids are mouth brooders, meaning the eggs are carried, hatched and developed in the mother’s mouth for about three weeks. The male will excavate a pit in the sand within his territory, in which the female lays the eggs; the female then takes these eggs into her mouth to protect until the eggs hatch. Then she will release the baby fish, or fry, from her mouth into good hiding spots amongst rocks.

As there are so many species of cichlids, their size, diet and habitat can vary massively. The smallest cichlids are only around 2-3 cm whereas the largest are almost 1 meter in length! Some species live around the rocks and mostly feed on algae, small invertebrates and crustaceans, whereas larger, open water species would have a much more varied diet including other fish.

From algae, invertebrates and crustaceans to small fish