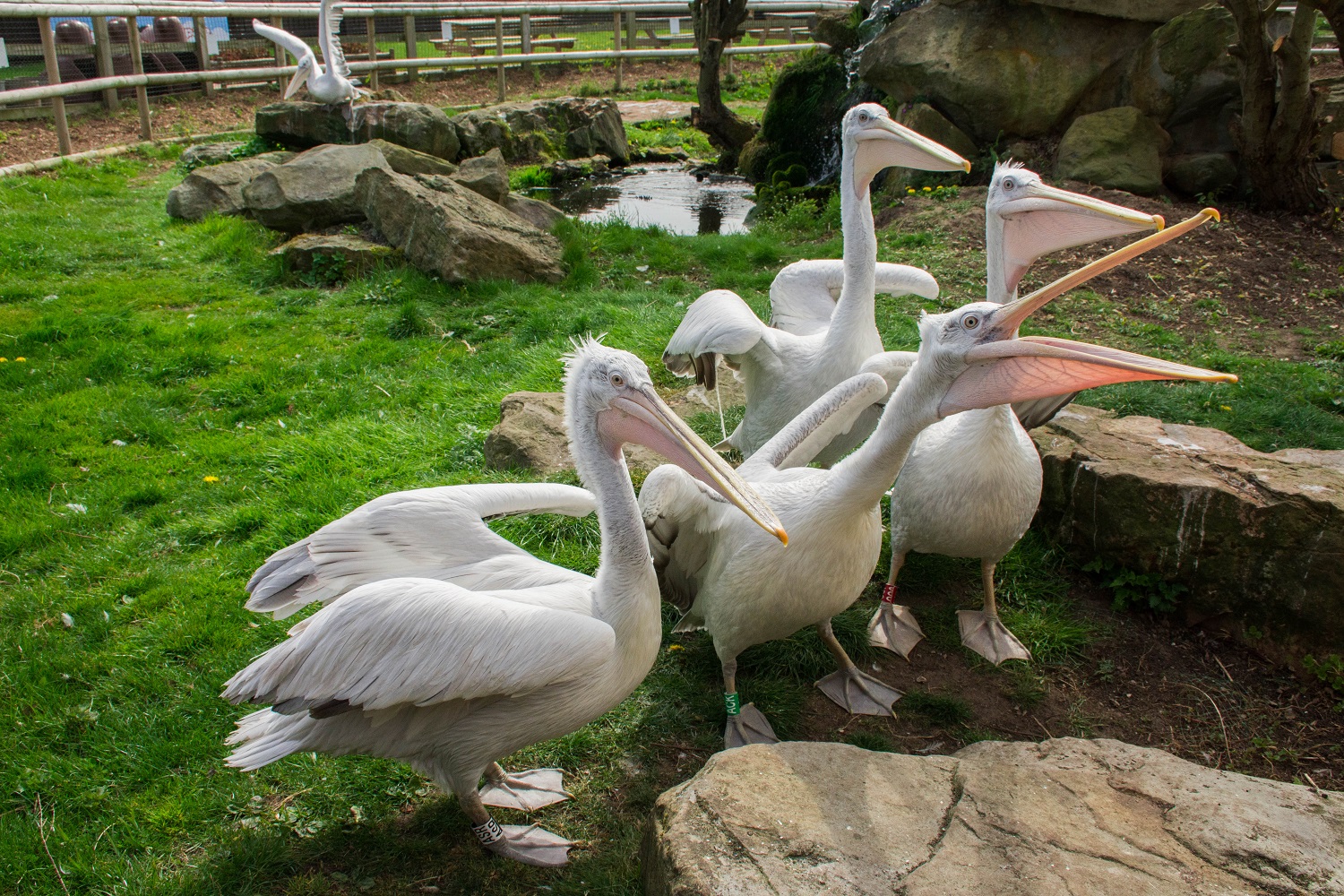 Dalmatian pelican (Pelecanus crispus) is the largest member of the pelican family, and arguably the world’s largest freshwater flying bird. It has a huge wingspan of 3.5metres, and weighs over 10kg.

To sustain themselves, Dalmatian Pelicans eat around 1,200kg of fish every day! They placidly swim along the tops of lakes, rivers, estuaries and other wetlands looking for fish below, when spotted they’ll quickly duck their heads and scoop out the fish along with a bill full of water. The water is flushed out the sides of the bill and the fish swallowed whole. However, they can also save the fish in their bill for later if they prefer!

Dalmatian Pelicans are classed as a short-to-mid range migratory bird, who migrate for breeding and to escape harsh winters. This being said they still cover a huge distance, from Europe to Taiwan which is over 8800 km (almost 5500 miles)

Sweetly, pelicans are monogamous, meaning they mate for life. They choose a mate whom they raise chicks with and live and migrate alongside. Females usually have two eggs and both parents take it in turns to incubate the eggs between feeding for around one month. The chicks are born without feathers but white down feathers quickly grow. The young fly from around three months and gain independence from their parents within around four months. Sexual maturity is thought to be obtained at three or four years when they will join with their life long mate.

Dalmatian pelicans choose vegetation rich wetlands to nest. Usually returning to the same breeding grounds for a number of years before the grounds become too muddy from the Pelicans large feet when they must look for new grounds.

Sadly, Dalmatian Pelicans are classed as Near Threatened by the IUCN (International Union for the Conservation of Nature) due to habitat loss for their breeding grounds, hunting for their valuable bills in Mongolia and being culled by fishermen due to the competition they cause on depleting fish stocks.

Wingspan up to 3.5metres