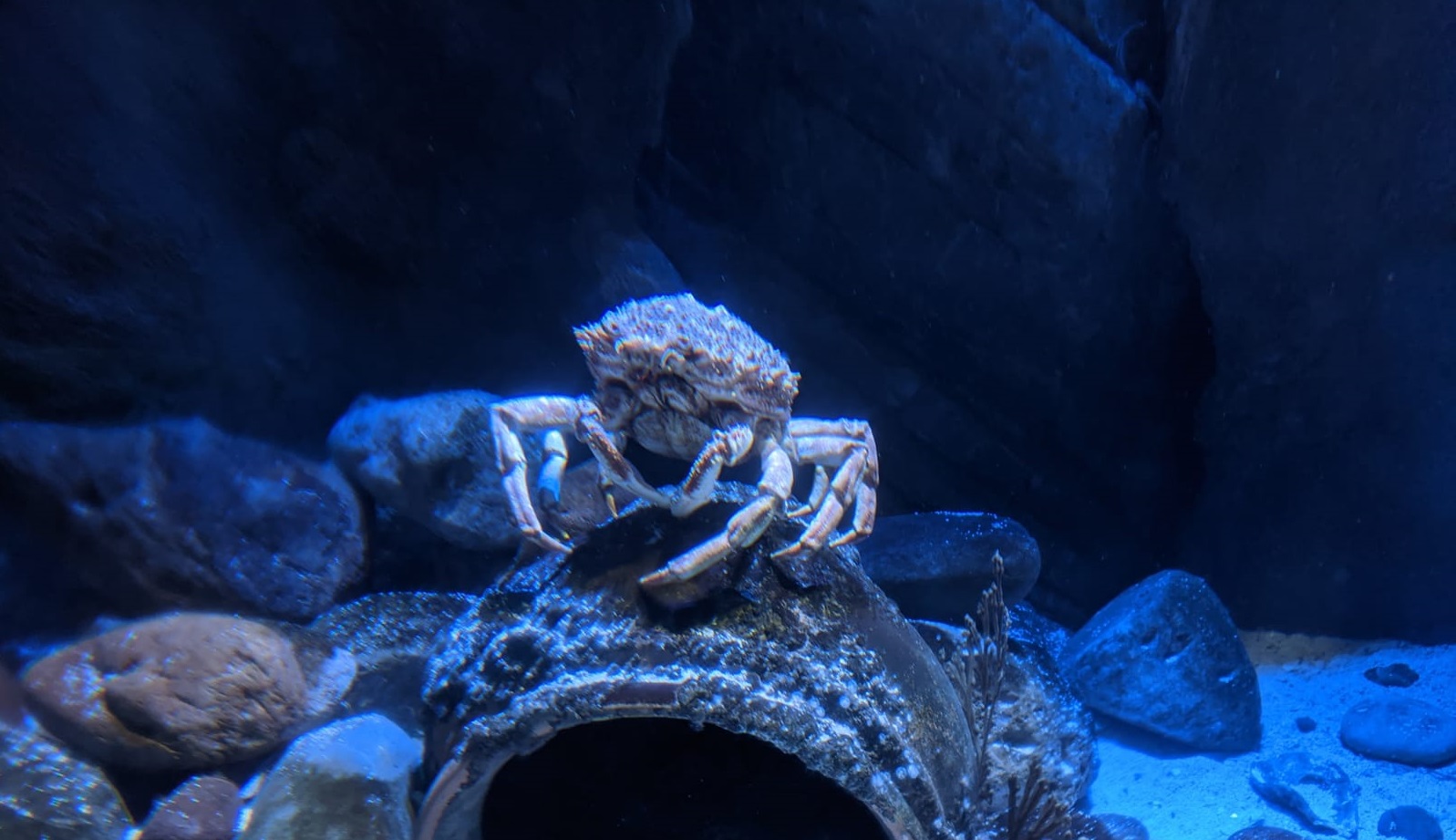 Spiny Spider Crab is also known as European Spider Crab/ Common Spider Crab and are found in the north-east Atlantic and the Mediterranean Sea, where they inhabit rocky and sandy sea floors.

There is believed to be an ever so slight difference between the Spider Crabs that live in the Atlantic (Maja brachydactyla) and those in the Mediterranean (Maja squinado), however the difference is not widely recognised, especially because they are migratory animals so often found in different areas, hence why we have listed both under the umbrella term of Spiny Spider Crab here.

The Spiny Spider Crab is clearly identified by its brown/orange colour, lumpy, spiky shell and long legs (like a spider, hence the name!). Their shell bodies or carapace, can measure around 20cm, whilst a fully grown male can grow up to 50cm from claw tip to claw tip. Surprisingly, all Spiny Spider Crabs have comparatively small claws. They’ll use these long legs and claws to feed on just about anything; from plants and shell fish to marine worms and starfish.

DID YOU KNOW: The Spider Crab plants a garden of seaweed and sponges on its back for camouflage which it transfers to a new shell after moulting!

Over 5,000 tonnes of Spiny Spider Crab is caught every year for commercial fishery, fetching a good price for fisheries. They are often caught using tangle nets, however there are more sustainable techniques such as those that are pot or line caught.