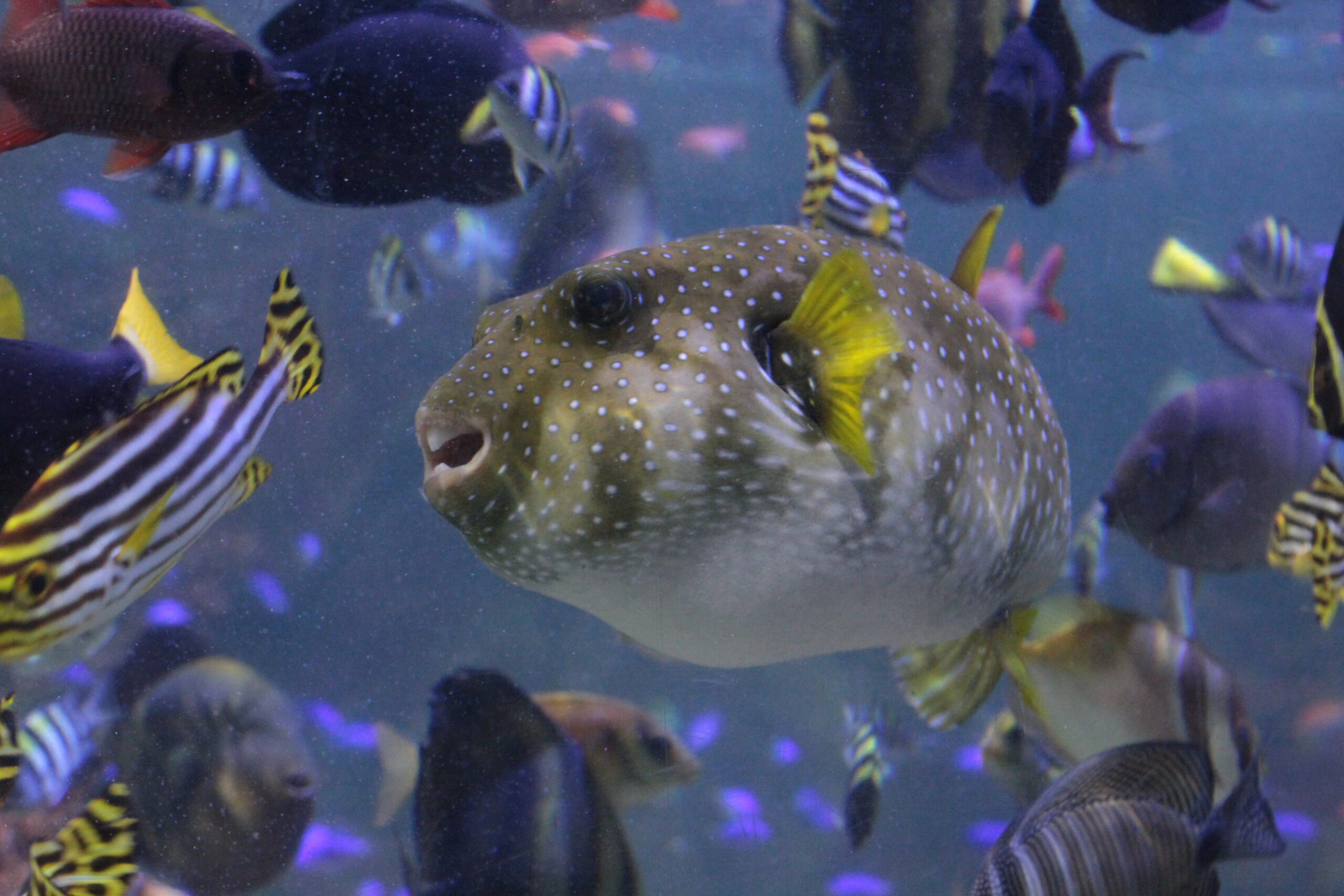 Pufferfish (Tetraodontidae) are adorable little characters that you can’t help but love!

Whilst they are slow, clumsy swimmers whom struggle to flee from harm, these incredible animals have adapted to survive. Not only are they capable of engulfing huge volumes of water or sometimes air to expand up to three times their size, but they are also filled with toxins.

These toxins are called tetrodotoxin. They are foul tasting and can be harmful to other fish species, while they are actually deadly to humans with no known cure. In some cultures, pufferfish are a an expensive delicacy to eat, however only top chefs serve it as a dish because if they are prepared incorrectly and the tetrodotoxins released the customer can be killed – which has been known to happen!

With over 120 different species, some, such as the porcupine puffer fish have the added deterrent of spikes over its body which become spiked when they inflate.

Sadly however, puffer fish put a huge amount of strain on their body when they inflate and can therefore only do this a finite number of times which varies between species and between individuals.

Did you know they have brilliant eye sight and can move their eyes independently of one another.