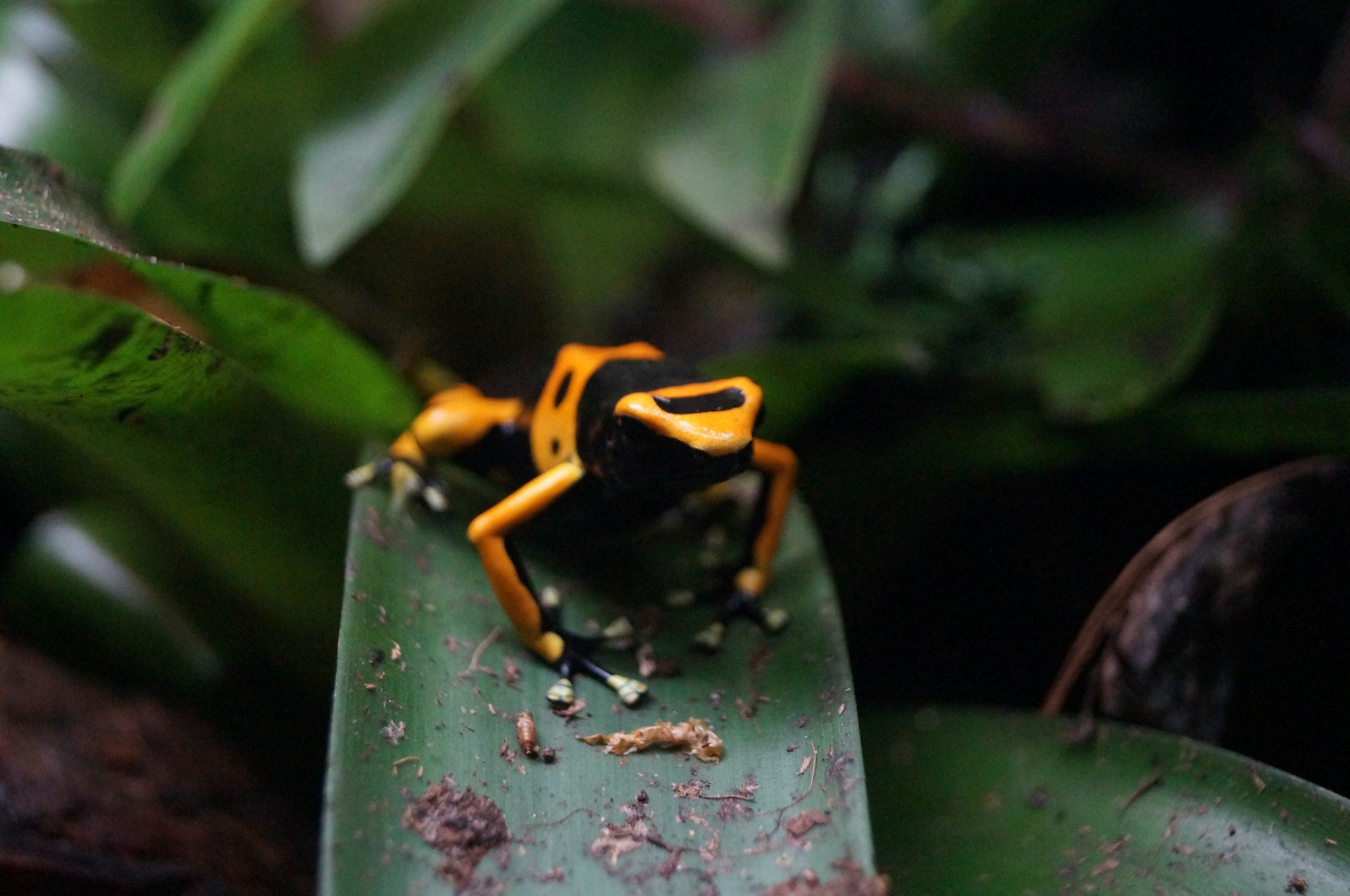 Poison Dart Frogs (Dendrobatidae) are a collection of hundreds of different sub species all native to the humid conditions of the tropical forests of Central and South America.

They grow to around 1inch in length and are have extremely brightly colours with strong patterns over their bodies. They are aposematic, meaning they use this distinct colouration to visibly warn predators of their toxicity.

DID YOU KNOW: They were named dart frogs because Native Americans’ would use their poison on the tips of their blow darts!

Poison Dart Frogs are believed to acquire their toxicity from their diet, consisting of ants, termites and beetles. In captivity, they are not fed these food types so they develop little to no toxicity, incredible considering they are known to be one of Earth’s most toxic, or poisonous, species!

They can be very dominant animals, fighting one another for the advantage. Many males will fight for the most prominent spots in the canopy perform his mating call, while females fight over the better nests, invading any nests that out perform their own.

Poison Dart Frogs will carry their newly hatched tadpoles on their backs, up into the canopy to deposit them into safe pools of water on leaves. The tadpoles stick to the mucus on the backs of their parents.

Sadly, many species of Poison Dart Frogs are classified as threatened due to habitat loss from continued human development.