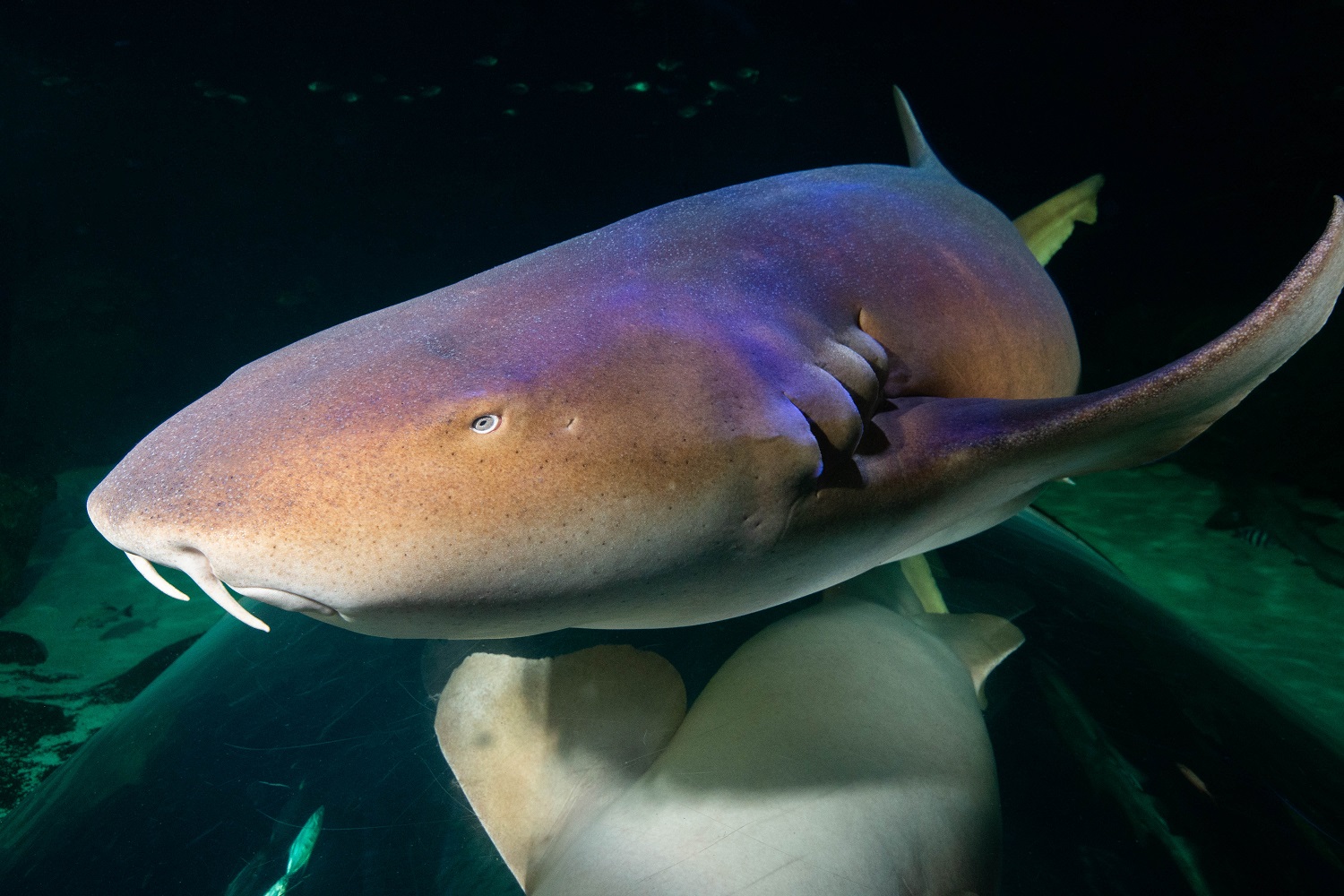 Nurse Sharks (Ginglymostoma cirratum) are brown in colour and grow to around 3metres, whom live in subtropical/ temperate waters, found in the Eastern Pacific and Western Atlantic Oceans.

They are typically slow moving bottom dwellers, sheltering in caves and crevices in groups during the day and hunting alone at night. They feed on small bony fish and invertebrates such as crustaceans and molluscs. Although they only have small mouths, they are suction feeders, with one of the strongest recorded suction of any aquatic animal, sucking and spitting to help digest their food, they can also shake their head violently to break the food down.

Nurse sharks are ovoviviparous, meaning their young grow within eggs, inside the mother and hatch either inside or straight away once the egg is outside the mother.