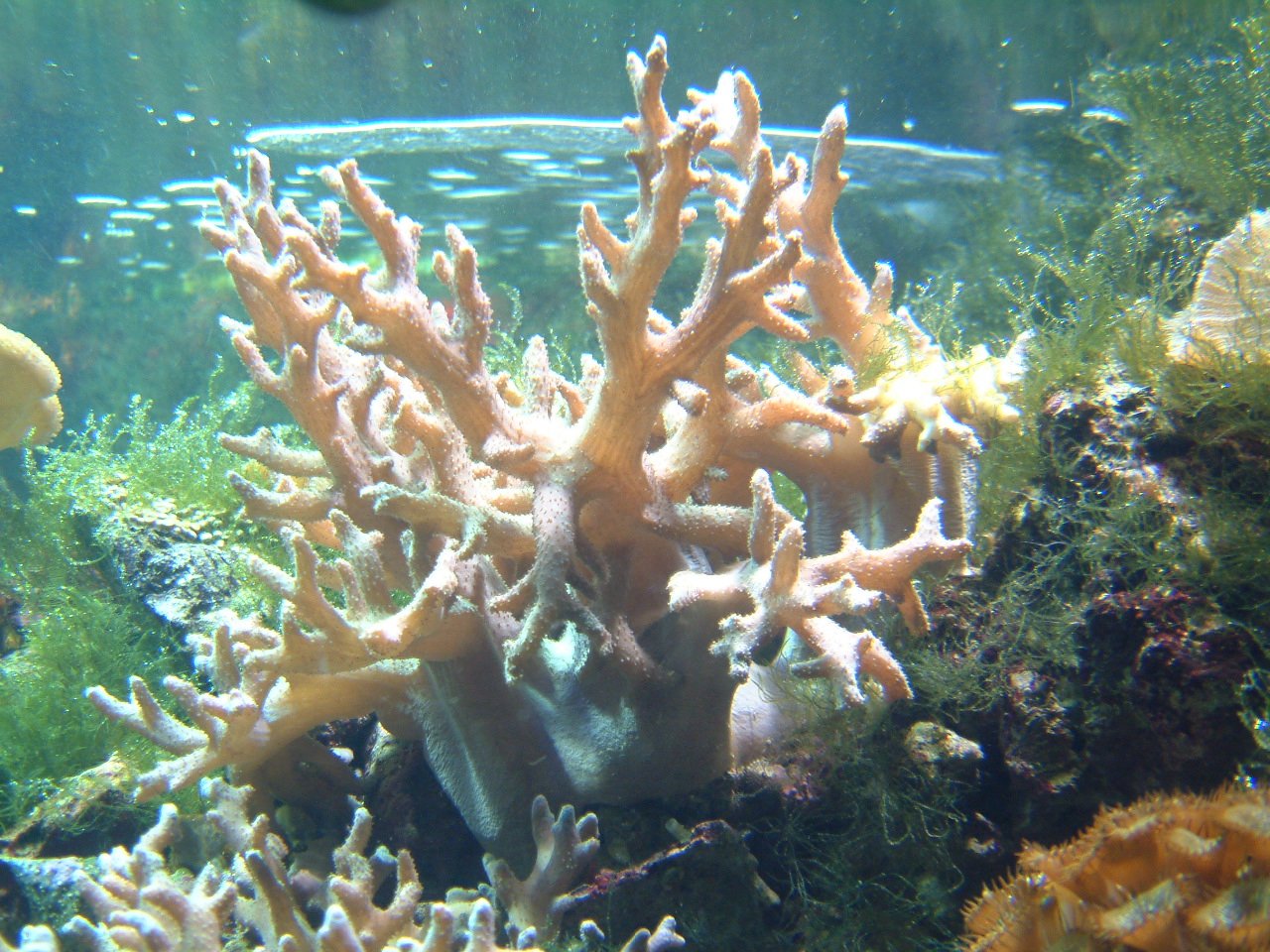 Coral (Anthozoa) is made up of lots of tiny polyps, a group of polyps is called a colony. Polyps fuse together to creates coral reefs.

These polyps have a hard base called a calicle which when bound together with other polyps creates the structure for corals. When polyps are connected together they become one living organism. Over time, polyps continue to multiply and corals therefore grow, they connect with other neighbouring corals and together form reefs. Coral reefs can take hundreds and even thousands of years to grow!

As polyps are soft, some key species of coral, known as ‘reef builders’ secrete calcium carbonate over the polyps so they form a hard shell to help protect them.

Corals live in clear, tropical, shallow waters, no deeper than 60metres from the surface. They are initially translucent but host algae inside them, giving them both vibrant colours and the ability to take nutrition from the algae that they generate through photosynthesis. These algae are called zooxanthellae. Polyps are related to sea anemones and jellyfish, with stinging tentacles called nematocysts to catch and paralyse their prey, adding zooplankton and fish larvae to their diet to top up their photosynthesised nutrients.

DID YOU KNOW: Coral reefs are extremely important to marine ecosystems, they cover less than 1% of the ocean floor, but support around 25% of marine creatures!

Most polyps reproduce by releasing sperm and eggs into the water, called gametes so they can fertilise into larvae and settle down as juvenile polyps. It is thought that polyps all release their gametes at the same time, creating a ‘cloud’ in the usually clear waters during the evening. Some polyps, however, reproduce asexually by splitting themselves into smaller pieces so each piece can grow, this way they are essentially cloning themselves.

Sadly, corals are under threat with many across the world protected to help preserve them. They are sensitive to changes in the ocean, such as temperature and salinity, polyps become stressed and as a result expel the zooxanthellae therefore becoming once again colourless, unable to benefit from photosynthesis. This is known as coral bleaching and can kill off a huge colony if they undergo sustained stress. This continues to take place alongside global warming. Coral is also at risk from coral mining, pollution, overfishing and other local threats.

DID YOU KNOW: Healthy coral reefs absorb around 97% of wave energy, protecting shorelines from erosion. This is particularly important during storms and large currents.

There are other types of coral too, that live in colder, deep waters that do not house zooxanthellae. They live, eat and multiply in much the same way but rely on the prey they catch for nutrition as they do not photosynthesise.

Pacific Ocean, the Indian Ocean, the Caribbean Sea, the Red Sea, and the Persian Gulf.