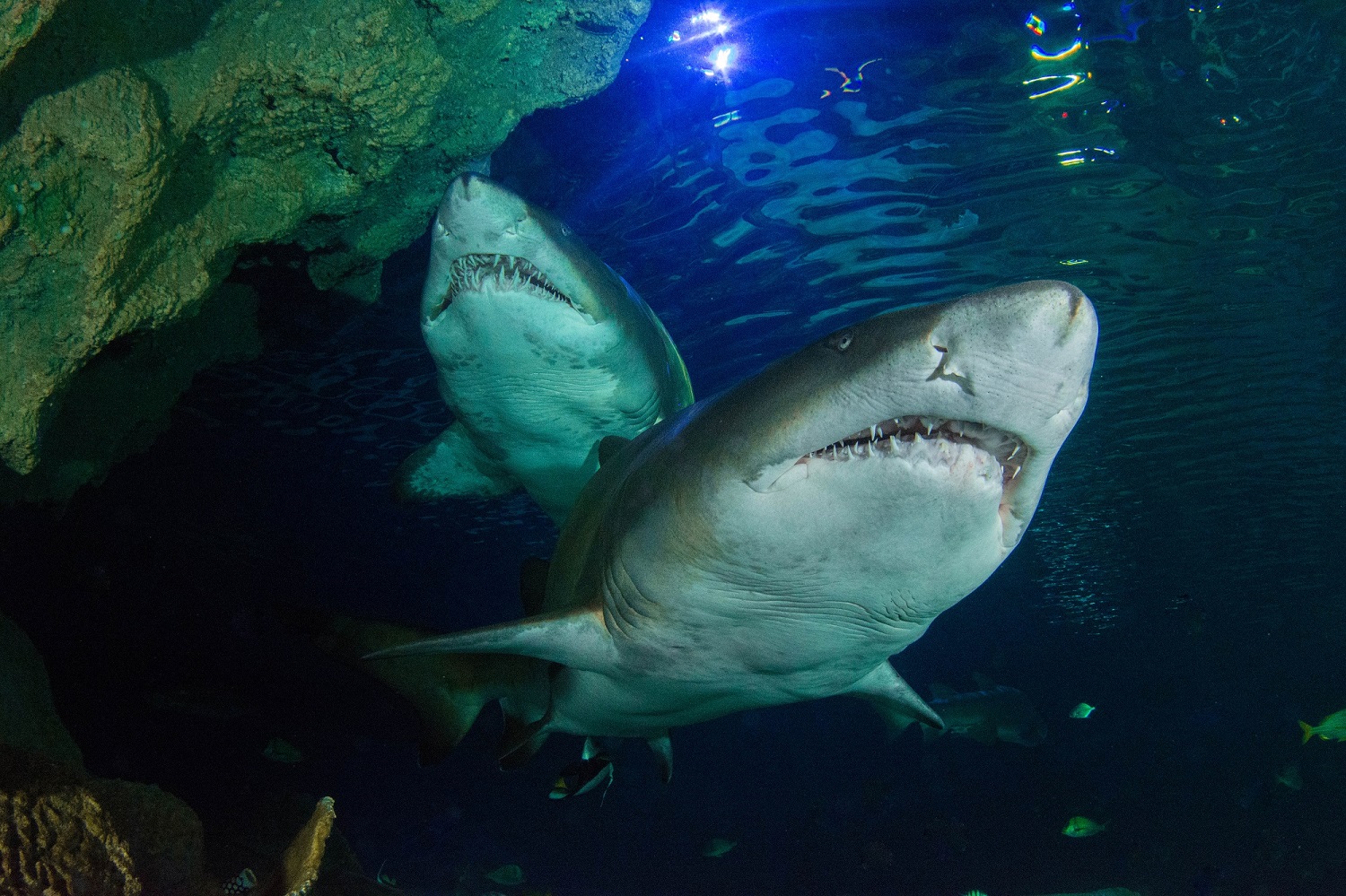 Sand Tiger Sharks (Carcharias taurus) get their name because they usually live along sandy shorelines. They are part of the Lamnidae family of sharks and although their names sound similar, they are not closely related to Tiger Sharks.

They can grow up to 3.2metres and have a fearsome appearance with protruding, jagged teeth, however they are actually very placid animals. They are also exceptional swimmers, with powerful bodies and fins, but prefer to move slowly through the water.

DID YOU KNOW: Sand Tiger Sharks can take a breath of air out of the water? They do this to increase their buoyancy so they can float motionless near the surface waiting for prey!

Bony fish, skates and other sharks

Sand Tiger Sharks inhabit subtropical and temperate waters around the world, eating from the bottom of the ocean on bony fish, crustaceans, squids, skates and even other sharks. They are nocturnal hunters, taking shelter in the day in the shallow waters near reefs, in caves or under overhangs.

Sand Tiger Sharks are categorised as vulnerable on the IUCN Red List. The threats on this species are believed to be humans capturing them for foods, medicines and products, humans are also a competitor for its food source as overfishing continues. Their declined numbers aren’t helped by the fact that Sand Tiger Sharks have one of the lowest reproductive rates for sharks. The females produce up to 50 embryos during each pregnancy, however when the largest embryo reaches around 10cm he will eat all the others so only one shark is born 8-12 months later, this is a process call intrauterine cannibalism, otherwise known as adelphophagy which literally translates to “eating one’s brother”. 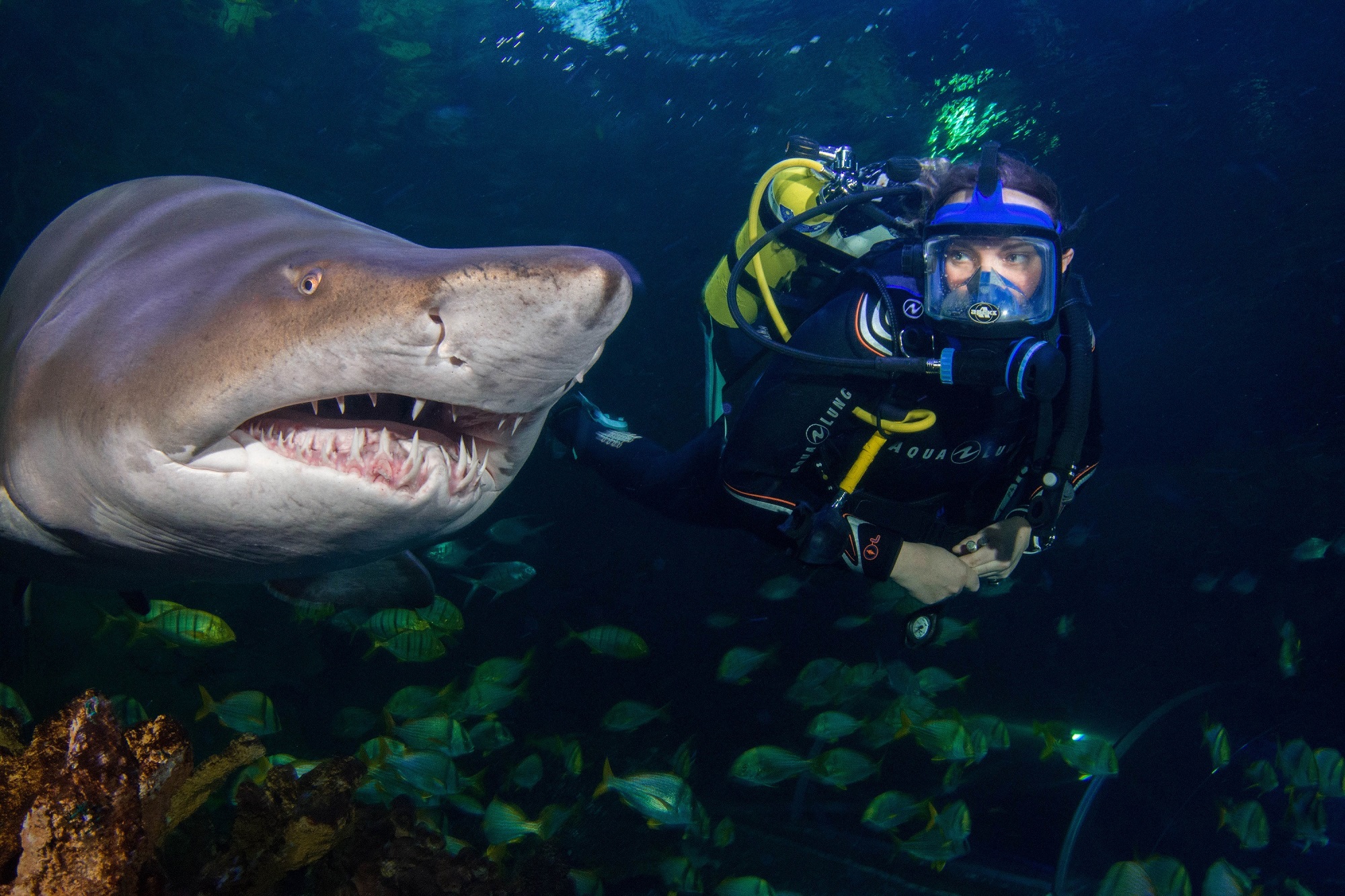 Get up close to Sand Tiger Sharks at Blue Planet Aquarium in our HUGE tropical tank! – No experience needed!